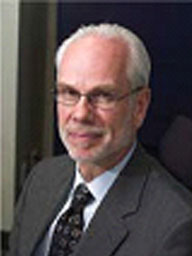 20 years ago, researchers from industry, universities, and government joined a team of visionaries at CANARIE to transform Canada’s first Internet into a national research and education network. Since then CANARIE’s national ultra-high-speed network, programs, and services have sparked transformative digital innovations that pave the way for Canadian leadership in today’s digital economy and make the impossible possible.

To celebrate its 20th anniversary, CANARIE will highlight the incredible technical, educational, scientific, and industrial advances that have taken place over that time, and will also look at what this advanced digital infrastructure may enable in the future.

Here are some key milestones from CANARIE’s history:

Today, these online processes and protocols are ubiquitous, so it is easy to forget how truly revolutionary they were at the time, and only in hindsight is it possible to recognize the transformative impact they have had on Canadian research, education and industry.

The evolution of CANARIE was done in partnership with provincial and territorial advanced networks across the country. These regional networks, through their connections to the CANARIE national backbone network, enable Canada’s research, education and innovation communities to benefit from ultra-high speed connections to data, tools, and peers across Canada and around the world, driving transformative change in the way we work, learn, and discover. This ongoing partnership is the basis for the success of Canada’s national research and education Network.

“Our 20th anniversary is an opportune time to look back and see that initially experimental uses and applications of the network have become part of our daily lives,” says Jim Roche, President and CEO
of CANARIE. “Similarly, the network is enabling today’s most advanced applications and ensuring Canadians continue to lead in innovation and in applying that innovation to our most pressing problems.”

“It was an exciting place to be in 1993 and it’s an exciting place today,” says Dr. Andy Bjerring, founding President and CEO of CANARIE, who was with the organization from 1993 to 2007. “Our belief that this infrastructure was essential to Canada’s future inspired and energized the team of stakeholders and visionaries who drove the development of the original CA*net. Over the past 20 years, the evolution of the network and programs, and the kinds of innovation it has facilitated, is truly remarkable. I look forward to the next phase of digital transformation enabled by CANARIE.”

When the Internet was first developed, no one dreamed of how all-encompassing it would become. The original developers were simply trying to solve a problem: how to share and transmit information. This
was a huge challenge in a time when every network was developed from the ground up and there was no standardized protocol for connecting one system to another or exchanging data.

Today, the Internet is pervasive, to the extent that in May 2011, the United Nations declared access to the Internet a human right. As the commercial Internet has completely changed the way we conduct business, access entertainment, communicate and find information, so too have research and education (R & E) networks like CANARIE transformed research, education and innovation communities.

Researchers today use R & E networks to move data about everything from the ocean floor to sub- atomic particles to nanotechnology design, yielding such breakthroughs as the ability to predict tsunamis and even the discovery of the so-called “God” particle, the Higgs’ boson.

As both the limits of technology and the boundaries of research discovery are pushed forward, CANARIE continues to design and deliver the evolving services and tools that support a remarkable range of innovation. These including CANARIE’s network infrastructure and services that enable access to a global range of online resources; software tools for researchers; and cloud services that enable Canadian entrepreneurs to accelerate product development timelines and gain a competitive edge in the global marketplace. 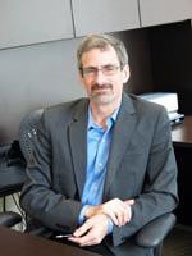 CANARIE designs, delivers, and drives the adoption of digital infrastructure for Canada’s research and education communities. CANARIE keeps Canada at the forefront of digital research and innovation, fundamental to a vibrant digital economy.

CANARIE’s roots are in advanced networking, and CANARIE continues to evolve the national ultra- high-speed backbone network that enables data-intensive, leading-edge research and big science across Canada and around the world. One million researchers, scientists and students at over 1,100 Canadian institutions, including universities, colleges, research institutes, hospitals, and government laboratories have access to the CANARIE Network.

CANARIE, together with twelve provincial and territorial network partners, forms Canada’s advanced network alliance. This powerful digital infrastructure connects Canada’s researchers and innovators provincially, nationally, and globally to the data, tools, colleagues, and classrooms that are at the heart of prosperity in the digital economy.

Established in 1993, CANARIE is a non-profit corporation, with the major investment in its programs and activities provided by the Government of Canada.