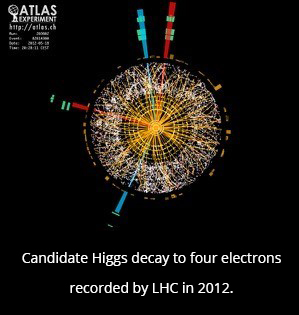 In this post, we explore how software is being used by the High Energy Physics (HEP) group from the University of Victoria as they collaborate with researchers across the planet to understand the nature of the universe. Software developed by the HEP group under the CANARIE Research Software program supports the ATLAS experiment at the Large Hadron Collider (LHC) at CERN in Switzerland and the Belle-II experiment at the KEK Laboratory in Japan.

High Energy Physics and the LHC: A Primer

High energy physics, also known as particle physics, is the study of the forces that govern the interactions between fundamental particles – particles that are not made of any smaller particles – or the universe’s basic building blocks. In the case of the LHC, researchers are studying the particles that make up the protons and neutrons found in the nuclei of atoms. Protons and neutrons are both types of composite subatomic particles called hadrons, hence the H in LHC. The particles that make up protons and neutrons are called quarks.  By accelerating the protons in the LHC to very high energy, the researchers are able collide the quarks in the two proton beams and enable them to study the origin of the universe at the time of the big bang.

The Higgs Boson Discovery: 1 elusive particle, 40 years of research and a worldwide effort

You may recall that in July 2012, researchers at the LHC announced the discovery of a new particle believed to be the Higgs Boson, a particle associated with the Higgs Field, which is hypothesized to impart mass to other particles. Once created, a Higgs Boson decays very quickly; so quickly in fact that it cannot be detected directly using current technology. Instead, researchers infer the existence of a Higgs Boson by looking for the other particles that the Higgs Boson is expected to decay into. At the LHC, Higgs Bosons are created in about only one out of every 10 billion proton-proton collisions. To complicate things further, other types of collisions may result in decay products that appear similar to the anticipated Higgs Boson decay products. The result is that there’s a lot of data (hundreds of thousands of terabtyes) to analyze in order to detect the Higgs Boson. So much data in fact, that no single country has sufficient computing resources available to analyze LHC data in a reasonable amount of time.

That’s where the UVIC HEP group’s software comes in. The team has developed cutting edge software to manage the scheduling of data computation jobs on a new type of computing facilities, called clouds. Cloud computing is emerging as a new paradigm for both commercial and research computing. Similar to the way the general public uses clouds for storing and processing their photos, the UVIC team has developed tools to do this at a massive scale required to analyze HEP data. Their tools allow them to use cloud computing centres anywhere in the world including centres operated by commercial companies.

How Will This Affect Me?

One of the most important reasons to carry out basic scientific research is that we don’t know exactly where it will lead. Early particle physics research carried out in the first half of the last century led to the development of semiconductors – embedded in everything that’s computerized – making a dramatic impact on almost every aspect of our lives today. Other spin-offs of this work include the development of medical isotopes for diagnostic tests and creation of the World Wide Web. The web and browser technology was originally developed at CERN to allow researchers to share information more effectively. More recently, new cooling technologies had to be developed for the LHC as it generates significant amounts of heat when in operation. These technologies are now being adopted for other uses.

On the software side, developers with the University of Victoria HEP team are pushing the boundaries of distributed computing. The software innovations they are making have already benefitted other researchers in other disciplines and will no doubt find their way into consumer-facing services in the near future.