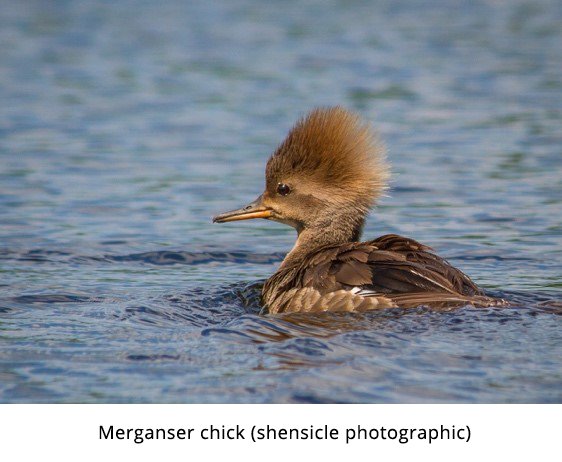 In this blog post, I examine Motus, a wildlife tracking system designed to aid researchers in tracking bird migration through a network of thousands of radio ID tags and hundreds of receiving stations. Motus is an initiative of Bird Studies Canada in partnership with Acadia University. 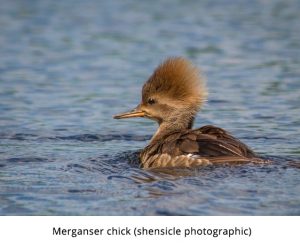 As you may have surmised from the name, Bird Studies Canada (BSC) is interested in studying birds. Specifically, its mission is “to conserve wild birds of Canada through sound science, on-the-ground actions, innovative partnerships, public engagement, and science-based advocacy”. As with many modern scientific endeavours, software plays an important part in the research performed by BSC and its collaborators. More on that later.

But first, why research birds? Turns out, they’re sort of important. Birds pollinate plants and spread seeds; they eat insects that are considered pests and even scavenge carcasses, returning nutrients to the environment. Whether or not they have a direct impact on humans, bird species are important parts of the ecosystems in which they live, and this impact eventually propagates up to affect us.

But birds can have a direct impact on humans and human activity. Some bird species, known as sentinel species, are more sensitive to certain atmospheric pollutants than humans. Canaries, for example, were brought into coal mines to serve as early warning indicators of carbon dioxide and methane buildup well into the twentieth century. Population collapse in some bird of prey species in the 1960s led to the banning of DDT-based pesticides in the 1970s. Eggshell thinning in the affected species led researchers to understand that DDT is a persistent organic pollutant that builds up in the environment and causes adverse effects in other animals, including humans. More recently, die-offs in the American Crow population serve as early indication that West Nile virus is present in the local mosquito population.

Perhaps most relevant for today, tracking bird migrations can tell us much about climate and climate change. Bird species particularly sensitive to climate change may start northward migration earlier in the spring and delay departure for their wintering grounds until later in the autumn. In even more extreme cases, species unable to cope with warmer temperatures may migrate further north. 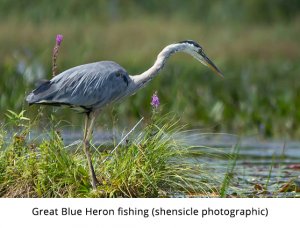 So, as we’ve seen, tracking birds is important, and that’s where the Motus wildlife tracking system comes into the picture. Traditionally, birds have been tracked through banding – attaching a metal band with a unique identifier and contact information to the bird’s leg. There are several drawbacks to this method, but the main one is that it requires that banded birds be found by someone and temporarily recaptured so that the band information can be recorded. Of course, birds don’t always hang out in places that are easily accessible to humans, which leaves gaps in tracking data. Motus takes a more high-tech approach. 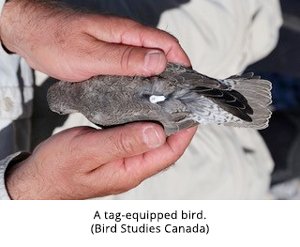 In the Motus system, a small radio transmitter, also known as a tag, affixed to an individual bird, transmits a unique identifier. These radios can be glued to the bird’s back, or if the situation requires, configured as a bird backpack. They are small and light enough that they can also be carried by bats or even large insects to support other types of research.  When a tag-equipped bird passes near one of more than 300 Motus receiving stations spread throughout the western hemisphere, the station receives and stores the tag’s unique identifier. Aggregating information from the receiving stations allows researchers to track individuals across thousands of kilometers.

What’s next for Motus?

The Motus tracking system is already in place and being used for research, but use of the available data is largely limited to researchers who have the resources to manage and analyze large, complex data sets. Funding from CANARIE’s Research Software program will allow the Bird Studies Canada team to create a research portal that ties together data from all Motus receiving stations, including historical data, to allow more researchers to manage, analyze, explore and visualize bird movement data on their path to discovery.

This funding will also allow Motus to increase automation. Currently, most receiving stations, based on the developed-in-Canada SensorGnome, are located outdoors, away from any access to wired communications networks. Retrieval of tracking data from remote stations requires that a technician visit the station and copy its tracking data onto a portable storage device. Plans are underway for Motus developers to experiment with remote access to these stations via cellular technology. 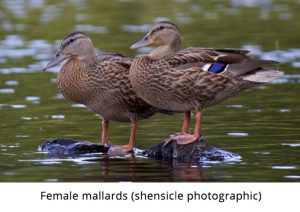 Several components of the Motus system have been designed with collaboration in mind. A robust application programming interface (API) will allow research software other than Motus to directly access the BSC data sets, opening up possibilities for collaborations with other scientists, both nationally and internationally. Along with being a powerful tool to assist researchers, the Motus web portal will make data summaries and visualizations publicly available for education and citizen science purposes.

Using the API, users will be able to extend the capabilities of Motus by adding new analytical functionality that meets their specific needs. As with most software for scientific research, the source code for the Motus portal will be made available to others under an open source license, so that researchers interested in tracking mobile sensors who cannot use Motus directly may be able to modify it to meet their own needs, rather than starting from scratch. 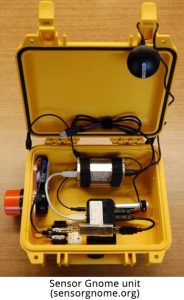 The SensorGnome receiving stations used in the Motus network are based on open source hardware as well as open source software, and could easily be enhanced by users to meet their own needs. Larger institutions may be interested in sponsoring/deploying a SensorGnome unit and technically inclined individuals may even consider building one themselves.