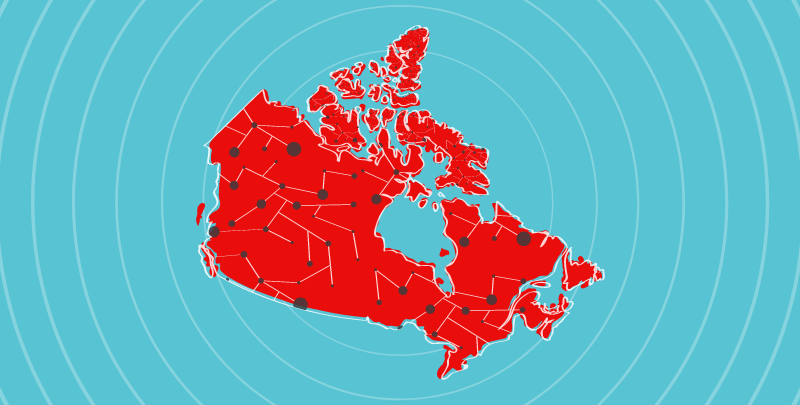 The individuals on a team create that team’s dynamic. Recognizing this, CANARIE is very selective when it comes to any new hire. Consequently, near the end of the interview process, members of the executive team interview the candidate. By the time they reach that point in the process, the candidate has usually convinced us they are a good skills match for the job. Yet it’s critically important to make sure they will be a good fit and will strengthen our team. Near the end of every one of those interviews, the candidate is asked if they have any questions for us. This step serves two purposes: first, it helps deal directly with any concerns the candidate may have about working at CANARIE – yes, they do have a choice!; and second, it provides us some insight into what is important enough to them that they would ask an executive.

At a recent such interview, I was asked something no one had ever asked me before: “As CEO of CANARIE, what are you most proud of?”

There are many things I could be proud of, so to single one out was a thought-provoking task! After a moment, I concluded that I was most proud of the work we do to build and strengthen the Canadian National Research and Education Network (NREN) through partnership with our provincial and territorial networks. Canada’s NREN is considered to be federated because it is created by linking together each of the provincial and territorial network partners using the CANARIE backbone.

After that particular interview, I began to ponder what differentiated a successful federation from a not-so-successful one. Over time and after talking with others, I came up with three things that one must embrace to have a successful federation. Luckily they all start with the letter “D”, easier to remember – and they must all be truly embraced. They are:

So why embrace the 3 Ds?

I’ll use dependency to further explain the benefit. When faced with a dependency, there are normally three courses of action that can be taken:

Similar cases can be made for the advantages of embracing democracy and diversity.

What’s happening within the Canadian NREN is both a pleasure to be a part of, and also remarkable to observe.

Embracing dependency, democracy, and diversity has allowed our NREN to appear to behave as a single unit with a common strategy and common approaches across the country. But we also capture the advantages of its diverse make-up to innovate faster. It’s something everyone involved in the Canadian NREN (member, advisor, Board member, employee…) should be proud of!

Canada’s NREN is only a small part of the Global Research and Education Network (GREN), so we must also embrace the 3Ds in our collaboration with our international partners. This approach strengthens the GREN that serves the global research and education community whose work is critical in addressing the common challenges facing humanity.

Perhaps this explains why the Canadian NREN and our successful federation became top of mind during that interview. And yes, we hired her!